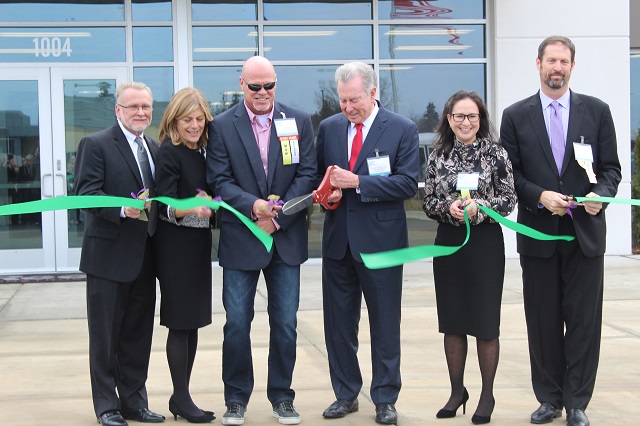 The ground was broken on the Silver Cross Hospital campus back in October of 2017.  A new 100-bed facility for Will County residents needing Behavioral Health inpatient treatment was on its way.  At the ribbon cutting ceremony on Thursday December 13th, Silver Cross President and CEO Ruth Colby recalled calling US HealthVest President Dr. Richard A Kresch, and asking if he would be interested on combining efforts on a new facility in Will County.

Once he learned about Will County’s location, as well as its needs for such a facility, Dr. Kresch was all in.  “Now our job is just beginning,” stated Kresch at the ribbon cutting.  “Most of what we’ve done so far has involved plans on paper.  It is now time for the real work.  This is a very unique facility, with two parties coming together, with a common goal that was united from the beginning.” New Lenox mayor Tim Baldermann stated that although the area around the I-355 and U.S. 6 interchange was once planned for major retail projects, the arrival of the new Silver Cross Hospital, and the purpose of facilities on campus such as Silver Oaks, are far more important.  “Mental Health issues in all communities cannot be ignored.  They are a fact of life,” Baldermann said.  “And Will County is tackling that head on.”

Former Chicago Bear Super Bowl winning quarterback Jim McMahon served as keynote speaker.  He shared the story of how treatment for his own Behavioral Health issues, which included some very innovative treatment from two doctors in New York City, made all the difference in his life.  He praised Silver Cross Hospital, US HealthVest, and Will County officials for their efforts.  He also mentioned some important statistics.  “For every successful suicide by an adolescent, there are 100 to 200 other attempts.  And for every successful suicide by an adult, there are 25 other attempts.”

Silver Oaks Behavioral Hospital CEO Scott Hullinger served as Master of Ceremonies during the program.  The address for Silver Oaks Hospital is 1004 Pawlak Parkway, New Lenox, IL 60451.  The phone number is 844-580-5000.  The e-mail address is www.silveroaksbehavioralhospital.com.