Sexual Health Update: Syphilis is Back, and Very Prevalent 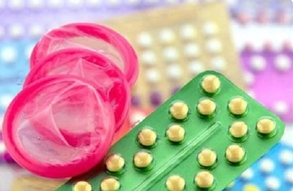 A recent return to prominence of the venereal disease Syphilis seems to be a bit of a surprise to the medical community. But for Program Coordinator Lyyti Dudczyk at the Will County Health Department, it’s something that’s been on the verge for a while.

“This may be a surprise to a lot of private providers,” Dudczyk explained. “But for those of us who do surveillance on STDs, we have seen this coming for a while.”

“In Will County, we may have seen our peak in 2016,” said Dudczyk. “What we have been trying to do at the Health Department during this time is convince area doctors to test patients for Syphilis as well as HIV, Gonorrhea, or other prominent STDs. Sometimes a person may be positive for HIV, but not know he or she has Syphilis. And if you do not catch it in the early stages, it becomes even more dangerous.”

As examples, Dudczyk cited a couple of situations she’s noticed over the past few years that she rarely saw, if ever, back when she started doing surveillance at the Will County Health Department in 2007.

“We are now seeing cases of Congenital Syphilis(CS), where it is passed to a child in the mother’s womb. Fortunately, we have thus far successfully treated these recent patients so that no child in Will County has been born with Syphilis.”

The entire state of Illinois, however, has not been so lucky. In 2017, Illinois had 21 CS cases, which included two stillbirths.

“Another kind we are seeing more of,” Dudczyk continued, “is Ocular Syphilis, which attacks your eyesight. You could have someone go to the eye doctor with problems, maybe they already are HIV positive and know it, but they have no idea they have this kind of Syphilis as well.”

As an agency, Dudczyk says the Health Department is focusing on catching Syphilis early, encouraging testing, and above all: educating their patients. “As it always has been, it’s a matter of communicating with your sexual partners, using protection, and getting tested,” Dudczyk summarized.

Treatment is easier, Dudczyk concluded, if you catch the Syphilis early. That’s when your treatment can be with Penicillin, which is a dose of two injections. But if you are not found to have it until later, then you might need a series of six shots over three weeks.