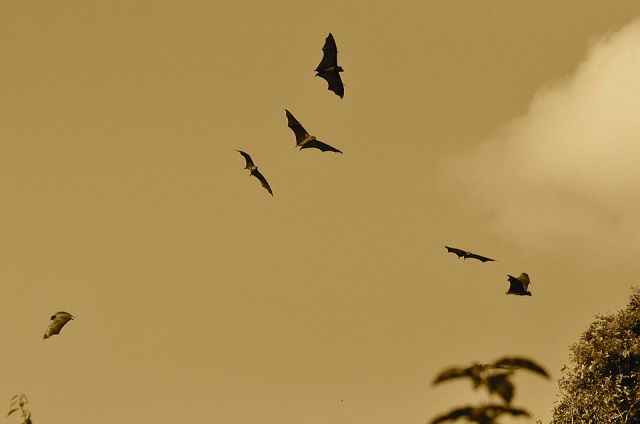 Four captured bats that recently tested positive for Rabies has brought Will County’s total number of rabid bats for this year to 13. They were captured in Lockport, Elwood, Plainfield, and Joliet.

In the early morning hours of August 16th, the resident in the home off of Jefferson Street in Lockport awoke to a bat flying around her living room. Will County Animal Control was contacted immediately, and the officer was able to capture the bat for testing. The bat was found to be positive for Rabies, and the resident was recommended to begin Rabies prophylaxis.

On August 15th, a resident found a live bat in the basement in the 266-hundred block of South Ridge Road in Elwood. Will County Animal Control was called, and the bat was captured. Three adults live in the house, and no one had any physical contact with the bat, with therefore no PEP being recommended.

In addition, a resident from Lockport Street in Plainfield recently found a live bat in her oven. Animal Control was notified, and the one adult resident in the house did not have any director physical contact with the bat. No PEP was recommended.

Also, a resident from Grant Avenue in Joliet found a bat in the front room of his residence on the window blinds. Animal control came and found the bat. The two adult residents did not have any direct physical contact with the bat. No pets were in the house, and no PEP was recommended.

In addition to reporting any discovered bats immediately, Will County residents are reminded to remove any people and animals from the area where the bat is, close off the vicinity where the bat is located if possible, and look over all present residents and pets that were around the bat for any small puncture or bite marks. Please also remember to have your pets currently vaccinated against Rabies.

For more on dealing with bats, please go to recommended websites from the Centers for Disease Control and Prevention or Will County.