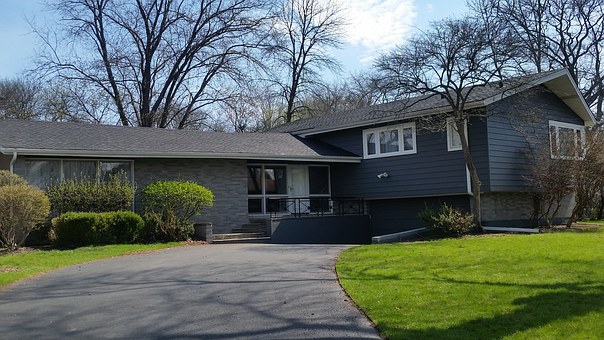 National Lead Poisoning Prevention Week is October 21st through 27th. And it was in August of this year that the IDPH (Illinois Department of Public Health) announced that follow-up requirements regarding lead levels found in children’s blood during routine exams will now be more stringent.

The original change, initiated by a recommendation from the federal CDC (Centers for Disease Control and Prevention), called for lead case management home visits from public health departments with childhood lead programs to now take place when a child’s blood lead level is discovered to be above five micrograms per deciliter. The previous standard had been when levels are above ten micrograms.

But as Will County Health Department Lead Surveillance Program Manager Lyyti Dudczyk points out; after further consideration, and realizing how prevalent this problem can be, the IDPH has backed off on requiring home visits, from every single blood lead level between 5 and 9.9 to only those 10 or over.

“Not every health department in the state has a childhood lead program,” Dudczyk explained. “But at the same time, when the public health world looks at something like the water lead level crisis in Flint, Michigan; it becomes a question of ‘how can we stop something like that from happening again?’ The answer is both being proactive and educating the public.”

During routine examinations at doctor’s offices or medical clinics, children usually receive a “fingerstick blood test” to check their lead levels. If it checks in above 5, children are now recommended to have a venous blood test (taken through a vein in the arm) at an area hospital or available outpatient service (the Will County Community Health Center performs these venous tests).

But as Dudczyk also points out, it is the public health departments with the proper programs, such as Will County’s, that are there to remind the families to take their children for the follow-up tests, as well as help them figure out what caused the high blood lead level in the first place.

“Any blood lead level testing over 5 at any medical office in Will County must be reported to us,” said Dudczyk. “And even if we are not required to do a home visit; a level, for example, of 8 must be looked into. The earlier you catch this, the more you can prevent complications such as lower IQ, learning disabilities, and low iron levels in the blood leading to less red blood cells, and therefore less oxygen in the blood.”

When a home inspection does not occur, much of the education done by Dudczyk’s department happens over the phone. “We have to ask questions such as ‘how old of a house do you live in?’ If it’s from an era when lead-based paint was used (prior to 1978), we have to ask if certain projects have been done. They might say, ‘Oh yes, we recently ripped out our old windows.’ Well, if lead-based paint was still present and they did not wall off the area where they were working, or provide proper ventilation or at least a sticky floor surface that captures the old paint chips and dust; then children’s blood lead levels can go up just by inhaling.”

Dudczyk says one thing that’s very important when speaking with families or doing a home visit is understanding the culture they come from. “If you have a family from India, for example, there are certain spices their culture uses that can be dangerous. And often, ethnic stores offer them without proper warning or knowledge about the danger. There’s even the kohl eyeliner that is lead based, so we have to tell parents to please have their family use a different kind of makeup.

“Another situation might be a family with relatives in Mexico, and they are in a newer house locally that could not possibly have lead-based paint. But if we find out their child was visiting relatives in Mexico for a month, where the gasoline is still lead-based, that might mean their child’s blood level rose to a dangerous level, but then might go down at a follow-up test a couple of months later.

For families that have recently relocated from another country or elsewhere in the USA, again, Dudczyk says it’s often a matter of where they came from. “In some countries with limited land space, they may be growing vegetables right next to railroad tracks, and therefore eating food tainted with dust from rail transportation. Then we’ve had cases where the father took a job cleaning out a shooting range, or a boy was an avid squirrel hunter and carried spare bullets in his mouth. Sometimes you have to ask families lots of questions until the exact cause finally comes up.”

And getting to the bottom of WHY these high blood lead levels occur, and keeping a disturbing level from getting worse, is the name of the game. “Think of all the trouble and expenses that can be averted if you catch these high levels before they become a major problem,” Dudczyk concluded. “Once learning disabilities or low red blood cell levels happen, they can affect a person the rest of their life; leading to health issues, major expenses, and hardship. That’s why you must follow-up of there is a problem.”

For more on the prevention of lead poisoning, go to https://www.cdc.gov/nceh/lead/default.htm.

For more on Will County Health Department programs, go to willcountyhealth.org.