National Influenza Vaccination Week: No Time Like the Present for Your Flu Shot 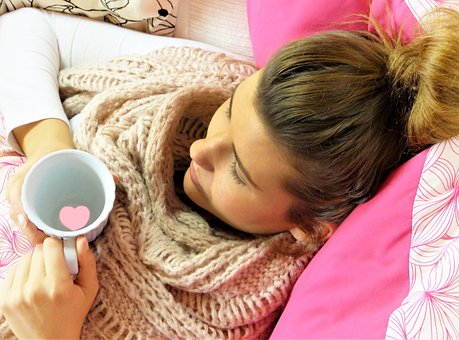 The new flu season is underway. And while many are still looking back on the rough one we had last year, the more important thing to remember right now is: A flu shot ALWAYS helps, no matter what type of flu season we are having.

First, however, a little background. It’s important to remember that while influenza exists 365 days a year, it is the worst during the winter because of cold weather causing us to be indoors more, with doors and windows pretty much closed all of the time. When you add to that “lack of ventilation factor” THE HOLIDAYS, and lots of people often inside socializing close to each other, then you have the recipe for influenza to be easily spread.

Second, the influenza viruses around us are always changing, mutating, and developing. Simply put, they never stay the same. Therefore, health experts in the United States are constantly tracing this evolutionary process. Going into a new flu season, it is important to note what viruses were most prevalent at the end of the last flu season. AND, what is happening in other parts of the world. For example, American epidemiologists are often watching what happens in places like Australia, where their winter (and therefore flu season) occurs during our summer.

In summary, the serum in the flu shots available every year always targets what are expected to be the three most prevalent strains of influenza for that coming season. But rather than an “exact science,” this is simply a “projection” of how the coming flu season is expected to go.

What happened last year, Will County Health Department epidemiologist Alpesh Patel reminds us, is that one of the three stains of flu in the serum “was not an exact match.” As it turned out, “a spike in flu activity at doctor’s offices, hospitals, and especially emergency rooms started to show up after Thanksgiving. Then it continued during the holidays.”

And while early flu activity this year looks to be very normal, there is simply no way to know if it will stay that way. “What we see from our data is a ‘controlled start’ to this flu season. But each year it’s quite unpredictable,” said Patel. “Things simply happen from time to time: changes in flu activity during the season.”

Sometimes, of course, a brand new flu strain nobody knew about shows up, such as the H1N1 situation back in 2009. Today, H1N1 is simply one of the many flu strains that are monitored year ‘round.

Patel says what is of utmost importance to remember is that no matter what type of flu season we are having, and whether or not all three strains in the serum were projected exactly right, a flu shot always helps.

“A flu shot helps anytime, but the sooner the better. An earlier shot gives you more protection, but the flu season can last until March, so it’s never too late. Most importantly, even if you come down with the flu or flu like symptoms, a flu shot can reduce the number of days that you are sick.”

And if you have not received a flu shot yet, a great time to make plans for it is during the current (December 2nd through 8th) National Influenza Vaccination Week. Health Department Immunizations Program Coordinator Lisa Carlson agrees. “I would encourage everyone to get a flu shot: be it from the Health Department, your medical provider, or your pharmacy if they are offering it. Whatever is most convenient for you.”

All services at the Will County Health Department Immunization Clinics are now by appointment. Locations are 501 Ella Avenue in Joliet, 5601 W. Monee-Manhattan Road in Monee, and 323 Quadrangle Drive in Bolingbrook.

The Will County Health Department has flu shots available for all ages, including children six months of age and older.