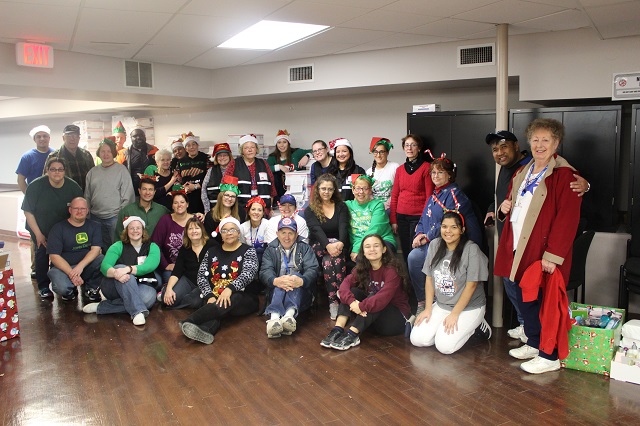 For the third consecutive year, the Will County Health Department was the site of “Operation Santa Drop.” This effort to send holiday care packages to military units serving overseas has grown from one  unit in 2016, to three units in 2017, to six units in 2018.

The “exercise operation” of organizing and packing over 16,000 non-perishable food items, toiletries, and fun items took place Saturday morning December 1st in the Will County Health Department Community Room. The items will now be shipped to overseas military units serving in Bahrain, Afghanistan, Japan, Kuwait, and a Naval Ship in the South China Sea. Unlike previous years, enough funding for postage had already been donated by the day of the exercise, allowing for shipping as soon as possible.