Health Department Advises: Regardless of Vaccination Records Those with Mumps Symptoms Should be Tested, All Exposed to Mumps Should Receive Third MMR Vaccination 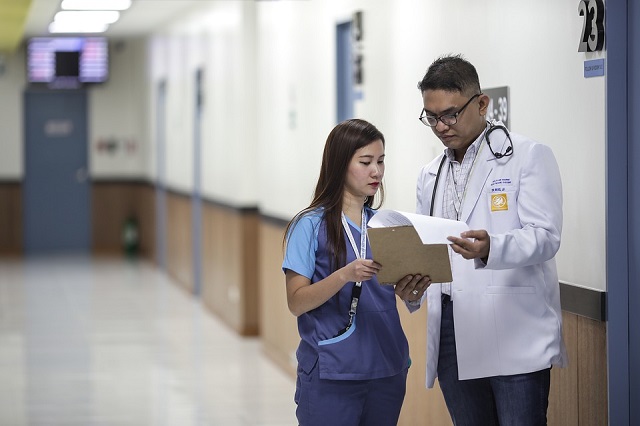 In light of the recent mumps outbreak reported at Lewis University, Will County Health Department (WCHD) officials are recommending that medical providers and hospitals throughout the county take full precautions if someone enters their offices with typical mumps symptoms. These would especially include swollen salivary glands around the ears, mouth, and neck areas; in addition to fevers, headaches, body aches or flu like symptoms.

WCHD officials say one of the potentially biggest mistakes that can be made is to assume that someone with those symptoms has no chance of having the mumps just because they have already had the standard two doses of the MMR (measles-mumps-rubella) vaccine. For example, someone with the swollen salivary glands might not be even considered for mumps testing because they have both MMR shots on their records. But mumps should not be excluded as a possibility in those cases. Records show that the majority of the suspected mumps cases at Lewis University do indeed involve students who have had the two doses.

Because of this, the Health Department is recommending that ANYONE with swollen salivary glands; and other mumps symptoms such as fever, headaches, body aches, or flu like symptoms; be tested for mumps regardless of the shots on their records. While awaiting the results of these tests, symptomatic patients should stay at home for at least five days.

The Health Department is also recommending that those with two previous MMR vaccines who have come in contact, or believe they were in the presence of anyone with confirmed mumps or mumps symptoms, should make an appointment for their THIRD MMR mumps shot as soon as possible. A third MMR shot is not needed for those who are showing mumps symptoms or have already tested positive for mumps, due to the natural immunity of the mumps virus.

The Will County Health Department wants to remind everyone that similar to what has happened over the years with bacteria adjusting to the effects of antibiotics, the mumps virus has also been adjusting to the MMR vaccine. Another comparison would be how strains of influenza are always changing, mutating, and evolving. None of these “enemies to our health” stay the same forever. Therefore, the effects of inoculations and medications can weaken over the years.

“When it comes to the mumps, so many of us were vaccinated, so we thought it was eradicated,” said WCHD Family Health Services Director Georgia VanderBoegh. “But viruses, bacteria, and influenza strains are always adapting so they can somehow get hold of someone again. The battle never ends.”

WCHD epidemiologist Alpesh Patel agrees. “There is no evidence that the MMR vaccine is any less effective today than it was a half century ago. You should always get vaccinated. But an outbreak in an age group such as college students suggests that either today’s mumps strains have evolved to elude the immune response triggered by the vaccine, or that the protection from the vaccine has simply waned over time. No vaccine is 100 percent protective forever.”

It is also important to point out that while college students are in general not at the highest risk for severe consequences from mumps, other groups certainly are. These would include the elderly, pregnant women, individuals who are immunocompromised, and those who are already ill. Patel says that for those individuals very prompt action in getting to the doctor is needed if they believe they have been exposed to the mumps. Mumps must be taken seriously, as it can sometimes cause reproduction difficulties in men and women, pancreatitis, miscarriages or fetal abnormalities, and encephalitis.
Mumps is a very contagious airborne virus easily spread by droplets and contact. Definite examples would be when someone with mumps sneezes or coughs; or shares utensils, cups, and plates with another person.

Dr. Dan Garganera, Medical Advisor for the Will County Health Department, also emphasized the importance of immediate action on the part of Will County residents who may have been exposed to mumps. “If they think they have been in contact with anyone with mumps or mumps symptoms, they should seek medical consultation. And yes, if they have two MMR vaccinations, they should immediately get their third one. If they already have the symptoms, it is too late for the third vaccination. In that case they should get tested, and then isolate themselves from others for five days. Those who are not vaccinated and not immune should exclude themselves from possible exposure for 25 days.”

More information on mumps can be found at this Centers for Disease Control and Prevention website: https://www.cdc.gov/vaccines/pubs/surv-manual/chpt09-mumps.html.