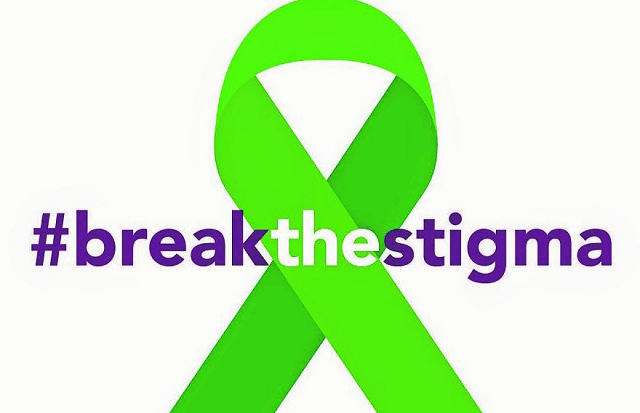 The National Alliance on Mental Illness (NAMI) has communicated for many years the need to rid our society of the “stigma” associated with human beings who are fighting any kind of mental illness.

For this year’s Mental Health Awareness Week (Oct 7th to 13th), CURE STIGMA is a major theme. In fact, a video put out by NAMI (available for viewing at https://www.curestigma.org/) describes “stigma” as a “contagious, toxic disease,” which can be picked up by anyone who might be “at the movies, listening to a song, or on the internet for just a few seconds.”

Dr. Joseph Troiani, Director of the Will County Health Department Behavioral Health Division, says the video makes a very important point. “Mental illness is an illness of a part of the body called the brain,” said Dr. Troiani. “People tend to forget that it is an illness like any other illness. But of course it is not always obvious to the eye, unless the illness manifests itself into a person’s behavior.”

Dr. Troiani credits former Rhode Island Congressman Patrick Kennedy with much of the progress made in giving mental illnesses proper respect, treatment, and coverage. Kennedy served as a congressman from 2005 to 2011, and created the Kennedy Forum in 2013 to advance modern ideas, policies, and programming in Behavioral Health. Dr. Joseph Troiani of the Will County Health Department credits Former Congressman Patrick Kennedy (shown about to speak at a Kennedy Forum meeting) with much of the progress on Behavioral Health treatment and knowledge.

One of Kennedy’s major accomplishments was the Mental Health Parity and Addiction Equity Act of 2008 (known commonly as the “Federal Parity Law”). This law requires insurers to cover illnesses of the brain, such as depression or addiction, no more restrictively than illnesses of the body such as diabetes or cancer. This should mean no difference in deductibles or co-pays between brain and body illnesses, no difference in the scope of the networks of providers and how many days a patient can stay in a treatment facility, along with other requirements.

In May of this year, Governor Bruce Rauner’s signature created a State of Illinois Party Law, credited by both Dr. Troiani and the Kennedy Forum for being even more powerful than the federal law (and a major reason, Dr. Troiani says, for Illinois receiving a score of “100 out of 100” from Kennedy-Satch Center for Mental Health Equity).

The state legislation requires health plans to submit proof that the law is being followed to the Illinois Department of Insurance, and the Illinois Department of Healthcare and Family Services. In addition, it closed a loophole in previous state legislation that allowed school district health plans to discriminate against mental health and addiction coverage.

But Dr. Troiani says that on both the state and federal levels, now the “real work” must be done. “It is important to advocate for what these laws call for, and point out where the requirements are not being applied. When patients or a patient’s loved ones see this, they need to contact their state lawmakers on Congressmen.” While the deaths of celebrities such as Robin Williams and Anthony Bourdain have brought more attention to the struggles of mental illnesses, Dr. Troiani says much educational work remains. “We have certainly made progress, but we are not there yet. These laws are in place, but we must enforce them, and address issues of non-compliance.”

More information about the mission of the Federal Parity Law can be found at www.dontdenyme.org. In addition, information about local resources, programs, and family support concerning mental illness is available from NAMI of Will and Grundy County (http://namiwillgrundy.org/http://namiwillgrundy.org/ 815-409-7917). More information on Will County Health Department Behavioral Health Division programs can be found at willcountyhealth.org.