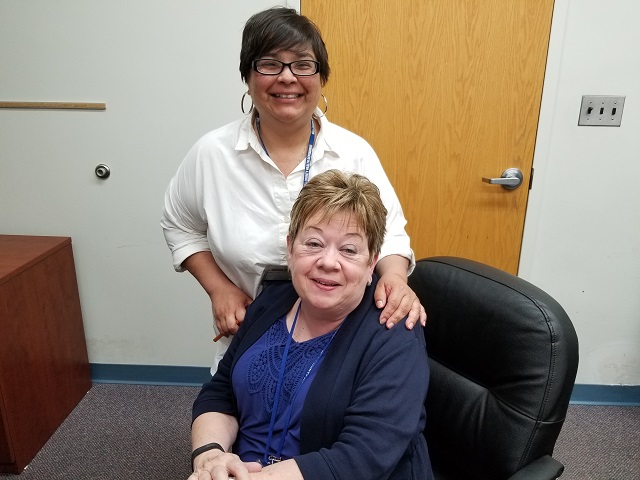 During Children’s Mental Health Awareness Month in May, a sit-down with two experts from the Will County Health Department’s Behavioral Health Division can make you stop and think. And more than anything, make you hope for a better future.

Licensed Psychologist and Registered Nurse Dr. Rita Gray, Director of Clinical Training for WCHD Behavioral Health, says it must be understood how what happens now can affect the future. Adverse Childhood Experiences (ACES) are not something to always be dismissed as “something kids will get over because they are resilient.” First, all human beings have different levels of resiliency. Second, as Dr. Gray points out, “ACES are incidents that can change the neuro-pathways in your brain. And those changes cannot just be immediately ‘put back’ to where they were before.”

These ACES incidents can be anything from physical, emotional, and sexual abuse; neglect; witnessing domestic violence and drug use; having a household member (often these days from an extended family) incarcerated, and so much more. Dr. Gray says that if undiagnosed or untreated, these ACES can lead to adults with a “low life potential;” with difficulties such as lower academic achievement, lower economic success, and relationship problems.

Those Will County numbers showed 10% of children living in poverty. Statistics from the CDC (Centers for Disease Control and Prevention) show that proximity to the poverty level is very important. While 46% of U.S. youth under 18 have at least one ACE, that figure jumps up to 62% for households living at up to 200% of the poverty line.

The Will County numbers also showed 23% of Will County children living in single parent households. Michele Zambrano, Manager of Child and Adolescent Services for WCHD Behavioral Health, says this can be a definite factor when it comes to inability or lack of time to deal with ACES that occur at school. She says single parents may not have time to sit down and really comprehend a problem their children might be having at school. “They might say, ‘you don’t need to be bothering the counselor, school is for education not problem solving.’ We often find ourselves treating school children where we say, ‘It’s not that your parent or parents don’t love you, it’s just that THEY DON’T KNOW.’”

And what is it that today’s busy parents often “don’t know?” Zambrano and Dr. Gray both say it often goes back to the constant technological changes that are almost impossible to keep track of. “Years ago,” Zambrano pointed out, “if you were having trouble at school, you could escape at home. But now, ‘the Boogyman’ isn’t just ‘out there,’ he’s ‘everywhere.’ The kids simply cannot avoid the social media world. Even if someone is not on his or her mobile device, someone else could be sharing a negative rumor or picture about them, and they will certainly hear about it later.”

So what happens when kids try to escape all this? Dr. Gray recalled a study that showed how much two sisters in an abusive home were helped because they often went to another home for hours, and that home became their “surrogate family.” But if a troubled child is not fortunate enough to have something like that, they often will turn to negative solutions for comfort, such as joining a gang or self-cutting.

Dr. Gray says that self-cutting, where an adolescent might take a razor blade and cut their arms or legs, is often a matter of a troubled youth simply wanting to control their own life. “They decide they prefer physical over emotional pain, and that THEY will decide how much pain they have. And the way the body reacts to the cutting, the kids often tell us what they are really seeking is the adrenalin rush that comes from it.”

What can be done to slow down these problems? Both Zambrano and Dr. Gray say it comes down to, like so many other health issues: funding, available personnel, education, and good parenting.

“You have a lot of high schools,” Zambrano explained, “where they are sharing a social worker with another high school, or maybe you have one social worker available for every 300 kids. It’s ridiculous how the help is spread so thin. Kids are the future, and it’s cheaper to heal a child than incarcerate an adult.”

One area where progress has been seen is with the WCHD’s involvement with the YESS program (Youth Empowerment Strategies for Success) at the Joliet Township High School District.

Under the program, a counselor from the Health Department office is stationed full-time at both Joliet Central and Joliet West High Schools. Dr. Gray says that not only can this “nip a problem in the bud” before it grows, it also helps families.

Statistics released by the Joliet Township High School District after a decade of the Y.E.S.S. program did indeed show that many problems were likely stopped before they got worse. For example, district on-campus fighting incidents in 2005 totaled 336, but were down to 104 a decade later. In addition, assaults had dropped from 338 to 248, and expulsions had fallen from 110 to 36.

“Without a program like this,” Dr Gray explained, “the parent has to take time off work to take the student for treatment. Then, the student misses part of the school day. Our counselors see the students during elective or study hall periods; and not during Math, Science, English, or Social Studies classes. Numbers show nothing but positives from this.”

But as we move into the future, the job constantly gets harder, especially with the often “without a conscience” world of social media. “There is now an app,” said Zambrano, “which completely erases what you post on social media about a minute after you post it. So someone could post something hateful about a person, have many people see it, but then be able to say, ‘How can you prove that I did this?’”

And in conclusion, Zambrano and Dr. Gray both say that a better “team effort” among all adults would really help. It’s no surprise to hear that better parenting is a good first step. “You hear so often about kids being able to learn how to lose,” Zambrano explained. “Sometimes it’s just a matter of understanding that life is not perfectly fair. For example, if a mom scoops spaghetti noodles onto a pair of plates for her two kids, she doesn’t need to make sure both kids have 14 noodles! She should teach her kids to simply be thankful for the food that was prepared for them. Sometimes one kid gets a couple more noodles, sometimes the other does. That’s how life works.”

Zambrano also says that another thing that would help is a better attitude for entire communities. “Let’s stop being afraid of ‘overstepping’ our boundaries,” Zambrano summarized. “If another child is seen doing something wrong or dangerous, let’s not be afraid to say something. And at the same time, as a society, let’s stop picking on each other, constantly looking for something to call the police about. Instead, let’s really live the theory of “It Takes a Village.”

Dr. Gray agreed. “Parents need to be educated and share information. They do better when they know better.”

For more on Will County Health Department programs, go to www.willcountyhealth.org.