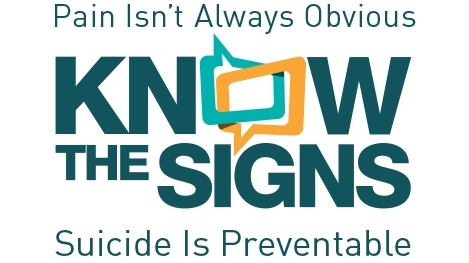 In the last couple of years several well-known figures in the food and entertainment industries, died by suicide, and the Centers for Disease Control and Prevention reported that suicide rates rose in nearly every state in the U.S. Many of us have been personally impacted by the death of someone we know or someone we love. The problem can sometimes seem insurmountable.

You may have heard people asking, or asked yourself: “Is suicide preventable?”

The causes of suicide are complex, and so are the solutions. Asking “why” when we lose someone is natural, but suicide can’t be attributed to a single cause. Preventing suicide requires sustained, broad-based efforts involving many sectors of the community and reaching into people’s relationships with friends and family. Working together, we can develop a comprehensive safety net for ourselves, friends and loved ones that includes prevention, early intervention, and support for those who are struggling, have attempted, or have lost someone to suicide.
There are reasons for hope!

The next time you hear someone ask “Is suicide preventable”, or you ask this question yourself, the answer lies partly in recognizing how much we do know about preventing suicide.

Did you know that:

• Effective suicide prevention strategies exist that can reduce suicidal thinking and behavior? Some programs take place within clinical settings, and others are based in the community, but evaluation studies and research have shown that they can help. Find out more about these programs by checking out the Centers for Disease Control and Prevention’s Technical Package
• National initiatives are underway that are enhancing suicide prevention in health care settings (e.g. zerosuicide.sprc.org) and within industries (e.g. Construction Industry Alliance for Suicide Prevention, www.cfma.org) and workplaces.
• National and local efforts are helping us to change the conversation about suicide to one of hope and help and to encourage effective messaging around suicide prevention. And as a result, more often we see compassionate portrayals and responses in media and in the entertainment industry after a suicide death.
• The Know the Signs campaign is helping Californians to Know the Signs, Find the Words, and Reach Out to help someone they are concerned about. Check out the web site in English or Spanish today.

What is your role in suicide prevention?:

While not every suicide can be prevented, by joining together throughout communities, we can reduce risk. Everyone has a role to play and a contribution to make.
• Visit the Each Mind Matters Resource Center for suicide prevention resources in many different languages.
• Be ready and aware: learn the warning signs and how to help by visiting suicideispreventable.org or by participating in a local training.
• Reach out to local organizations, county agencies, or a crisis center to learn more about how you can support their work.
• Forge connections within your community- check in with friends, family members, co-workers or neighbors who are struggling.
More ideas can be found in the online 2019 Each Mind Matters Suicide Prevention Week Activation Kit.