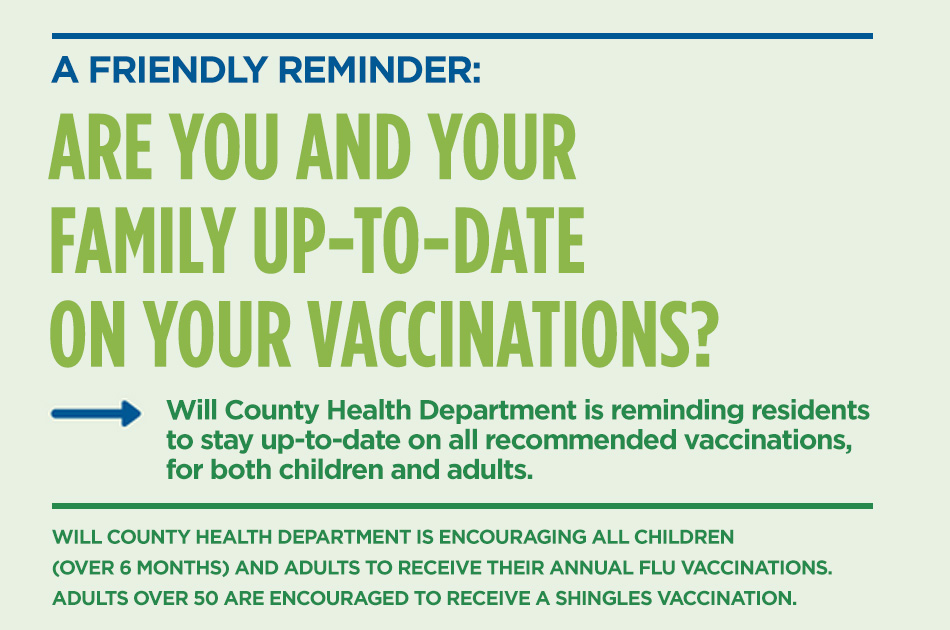 With flu season quickly approaching and certain diseases attempting a comeback, Will County Health Department (WCHD) is encouraging residents to stay up to date on all of their vaccinations. Parts of the United States are seeing a resurgence in some diseases that haven’t been seen in a long time, including polio, a disease that paralyzed more than 35,000 people every year in the late 1940’s. Polio has surfaced in a New York City suburb, resulting in the first case of paralytic polio in the U.S. in over a decade.