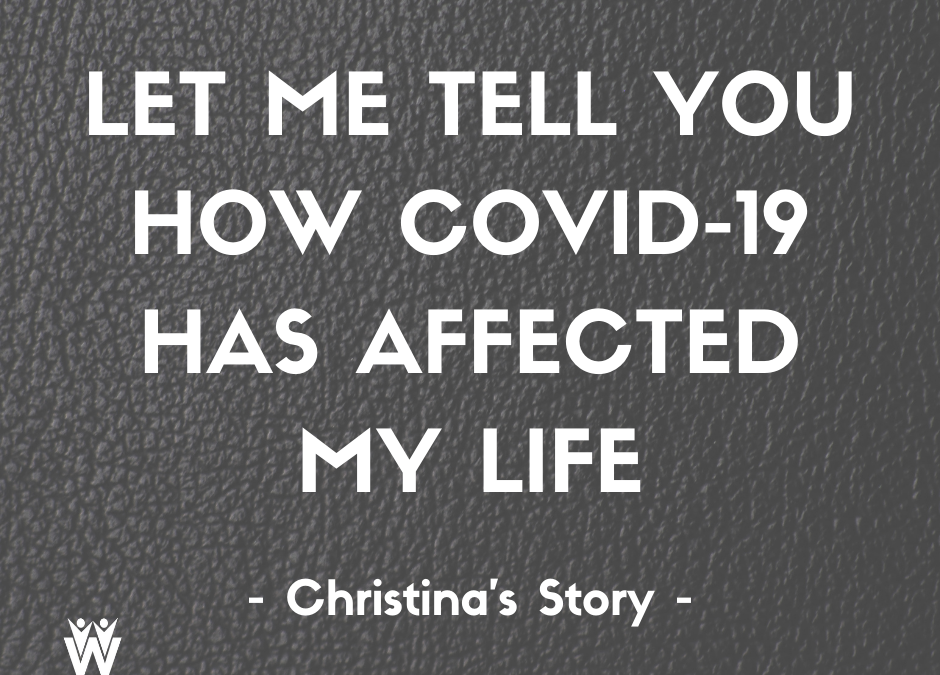 I have to explain this in events otherwise how could anyone possibly understand the severity of this deadly virus.

• I was taken via ambulance and admitted in hours as the paramedic wouldn’t leave until he knew I was roomed, because that’s how sick I was. Those were his actual words.
• Within 24 hours of being admitted my oxygen level kept falling, until the nurse was instructed to send me to the ICU immediately.
• As the doctor and nurses all entered the room at once I was informed by the doctor that he would need to put me in an induced coma for 2 days…48 hours which was needed for him to TRY and control the virus.
• I had but minutes to call my son, my boyfriend and my sister to let them know what was to take place as my mind was spinning and my heart racing.
• The last thing I remember was asking the doctor and nurse that were standing next to me and prepping me was, “Have you ever done this before?”, as I was so extremely tired and shaking because I had no one from my family there with me.
• I was then intubated and that was just the beginning of my nightmare…
• As I slept all I can recall is having horrendous nightmares one right after another, some worse then the others, some wishing that I would just die because in my dreams I was burning up with a fever and no one was there to help me. I even closed my eyes and gave up at one point.
• I finally opened my eyes and as I can recall it all still felt like a nightmare. I still had this tube in my throat, I was bound by my wrists with caution that I wouldn’t pull out the tube, and I was so scared because all I heard was machines around me and nurses coming in and out to check to make sure everything was working to keep me alive.
• “Keep me alive” why do I use that statement, well because, yes I was induced in the coma, but it was supposed to be for only 48 hours, it turned out to be that I was vented for “2 WEEKS”!!! As I was in the coma with the machine working to do the breathing for me as my lungs wouldn’t allow me to do so, I caught another virus. I caught Sepsis, triggering an entire new case of infections that were running through my system.
• I wasn’t responding to the doctors or nurses as they kept trying to pull me out. My sister was notified immediately as to what was happening and that the outcome looked grave.
• I was unaware of all that had taken place, and the danger it had on my life and the effects on everyone else around me.
• One more HUGE detail while I was under, the virus attacked not only myself, but it attacked everyone in my household, which included my 19 year old son, his father and both my parents. We were all in the hospital at the same time, but it was beknown to me as I was still in a coma.
• So I was alive, I was shattered as no one had time to explain ANYthing to me and not a single person from my family was there so that I could look to for some type of comfort. As I laid there crying and feeling utterly lost, I prayed that this would be over. I thought I was going to die, I actually thought it was going to happen, until finally a nurse came in and asked “why are you crying sweetie?” I told her “I don’t think I’m going to make it through the night”. She grabbed my hand and said “don’t you ever say that again. You already did the hardest part, you came out of the coma. You did it, so you keep that in mind and don’t forget that.” As she pulled her hand out from my tight grip that I had on her hand, I laid there and all I wished for is someone there to hold my hand and stay besides me.
• The days which turned into weeks after were unfortunately not easy at all. I had to learn everything all over again. I had to learn how to breath again on my own. Really? Learn how to breath…yes, breath, not easy when your lungs are totally destroyed. I also had to learn how to sit up on my own without passing out from too much oxygen loss, and I had to learn how to walk. Here I am having to learn how to walk, yet not but 3 weeks ago I was doing 5 miles on an elliptical machine every day, and now I’m having to learn how to walk, what sense does this make? It doesn’t, but that’s what this virus can do, it can bring you down in an instant and before you know it, you can either be somewhat sick like a cold or you can face death right in the face. Evidently, I’m still here for a reason, and with the good Lord and all my family, friends and colleagues praying for me, I’m here to say…
• Can you wear a mask for little while longer? Can you keep your distance from your friends, your loved ones, your co-workers for a little longer? Can you just keep washing your hands and keeping them from your face a little longer? In the scheme of things it’s actually not that difficult or would you rather chance it and go through all these other obstacles that I had to endure. One more horrible thing was that everyone came home from the hospital except my father, he didn’t survive this virus, it took his life.