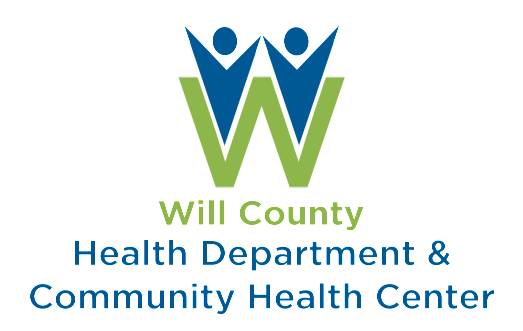 The COVID-19 pandemic has been hard, as well as tragic, for so many people worldwide.  But another word often heard more and more as everyone both continues and looks back on this challenge is the simple word: NEW.  New concerns, new cautions, and a new way of life as we try to reach the goal of “getting back to normal.”

For many people at WCHD (Will County Health Department), it meant a new daily routine.  Family Health Services Director Georgia VanderBoegh had the new challenge of recruiting an internal team to communicate with residents in Will County who were already diagnosed with Coronavirus.

WCHD has now hired 40 contact tracers to help with the mission of preventing the spread of the virus.  They telephone those who have tested positive, inquire about their whereabouts during the days prior to when their symptoms began, and also try to find out whom they were with at that time.

If the call goes well, the people they were with also receive calls from the contact tracers, letting them know that they may have been exposed.  In addition, there is also a state data-base system where the contact tracers can enter information on to their computers as they are speaking to those they have called.

But prior to the grant allowing for WCHD’s hiring of contact tracers and their managerial staff, and prior to the new data-base system, it was clearly a case of “figure something out, now.”

“We needed people to make the phone calls,” VanderBoegh recalls.  “Plus, we had to put everything down on paper and report the data later.  The system wasn’t set up yet to do it instantaneously.  We were all caught by surprise, but we had so many people at this health department who really stepped up.”

Since no clients were being seen at the WCHD main building (which, we should note, changed during the pandemic when WCHD opened their long awaited new building next door at 501 Ella in Joliet), the idea came to assemble a temporary team.

“Here we were with no clients in the building, and these Will County COVID-19 cases piling up,” VanderBoegh continued.  “But it was not hard to get WCHD staffers to help.  You didn’t hear anyone saying, ‘this is not my job.’  They realized this was a major moment for public health, and we needed to deliver.  It was wonderful to have so many come forward and just do it, learning as they went along with little training at first.  They were mostly working from home, but they had to bring in the paperwork and get new forms a couple times each week.  It was a constant assembly line.”

As VanderBoegh points out, the staffers doing the contact tracing then had the same challenges that the newly hired WCHD contact tracers have now.  “They were using the questionnaire provided by the state, but it was not easy.  Some of those testing positive who are called do not want to talk.  And the successful calls getting the needed information can even take between 45 minutes to an hour and a half and sometimes longer.”

Eventually, as many of those who had volunteered had important public health responsibilities to take care of (such as sanitarians doing inspections or nurses providing telephonic case management services), it became even more necessary to hire the new contact tracers.  VanderBoegh says the grant for the CT program came along just in time.

“The entire pandemic was a surprise to everyone, including those of us in public health.  But we certainly know that in a crisis situation like this, we have the right people at WCHD.”

Environmental Health Director Tom Casey agreed.  “We had multiple Environmental Health employees step up to work the contract tracing and other needs at such an important time.  Even some of our interns wanted to help.  It was simply a time to come together in one large team effort to do things out of our normal routines to help the public.”

For more on the current state of COVID-19 in Will County and Will County Health Department programs, go to willcountyhealth.org.

For general questions about coronavirus, or to report concerns, please call the WCHD Covid-19 Hotline at 815-740-8977.