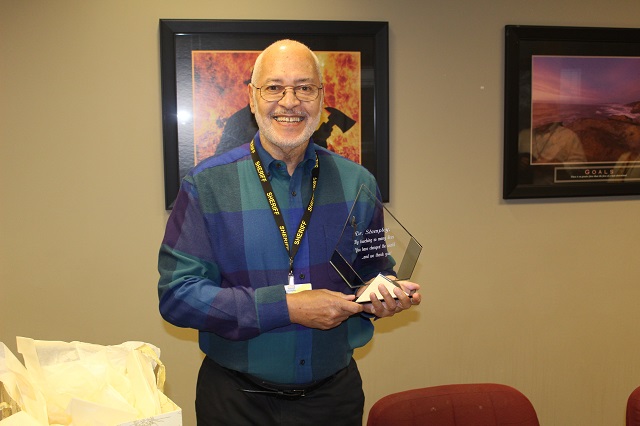 The importance of mental health treatment to help prevent crime has been an especially popular topic over the last few years.  But just as important as early diagnosis can be to help steer someone clear of violent and criminal tendencies in the first place, there is also the importance of diagnosing inmates properly to help get the rest of their lives on track.

Dr. Joseph Troiani, Director of Behavioral Health at the WCHD (Will County Health Department), remembers an important moment in Illinois history that changed things.  “At one point the Will County ADF (Adult Detention Facility) had perhaps one psychologist and one psychiatrist both working just eight hours per week.  Here in Illinois, the state funded Data Link Project was able to change that about 15 years ago.” Dr. Troiani, who had been working as a consultant for the Illinois Department of Corrections at the Illinois Youth Center in Joliet, definitely was happy that the Data Link Project brought about some changes.  “It was realized that half of the inmates questioned about previous mental health experiences after they were booked were not telling the truth.  What we needed was a complete evaluation of every inmate.”

Today’s evaluation work at the Will County ADF is overseen by Dr. Troiani and coordinated by WCHD Manager of Regulatory Compliance Armando Reyes.  A team of assessors evaluates pre-trial detainees for possible mental health conditions, usually within 72 hours of being booked.  Evidence-based standardized screening tools are also used to detect possible suicidal tendencies.

“We are looking for their mental health needs; including services, medications, and counseling; while they are being held and upon their release,” said Corrections Medical Health Professional Erica Quensen-Diez.  “In the past they may have had unidentified needs, or perhaps been non-compliant with their prescribed treatment.  Getting them access to these services early can certainly help.”

Also part of the evaluation team at the Will County ADF are Corrections Medical Health Professionals Christopher Sandvick and Danielle O’Connell.  Another major part of the team, who retired at the end of November, is Psychiatrist Dr. Jan Stampley. Corrections Medical Health Professionals Christopher Sandvick and Danielle O’Connell (left) assist with the mental health evaluation of Will County ADF inmates.  They have worked with Psychiatrist Dr. Jan Stampley (right), who retired at the end of November.

Quensen-Diez stated that an inmate’s time in custody and afterwards receive equal consideration.  First, assessments are conducted for the eligibility for diagnostic treatment for 13 different conditions, such as being bipolar or having schizophrenia.  If they do not have violent acts on their records, they could be eligible for the Will County Mental Health Court program.  This allows someone to have their felonies erased from their records upon completion of the program, similar to how the Will County Drug Court program works.

Quensen-Diez also pointed out that when an inmate is being released, giving them a proper start rather than simply “releasing them without appropriate referrals for continued treatment” is also important.  They could be referred to the WCHD Behavioral Health Division, the Will County Community Health Center, or other sources for medically assisted treatment.  In addition, their needed medications can be already established at a pharmacy so that the released inmates already know where to go to pick up the medications they need (a process known as “bridging their medications”).

Dr. Troiani, Reyes, and Quensen-Diez all pointed out that the team effort approach currently in place helps make all this come together.  This includes the counseling and evaluating portion handled by WCHD, the medical side handled by Wellpath, and the work of the corrections officers who are able to observe the tendencies of the inmates and call WCHD if they notice any changes.

“Without this mental health component being part of the Will County ADF routine, there would be the potential for detainees having untreated issues,” said Quensen-Diez.  “This could then lead to safety issues both within the ADF facility and for the public upon the detainees’ release.”

Dr. Troiani summarized that funding for mental health services overall has finally turned in the right direction.  “Funding for programs such as this stayed the same for decades.  Now, we are finally seeing some increases, allowing us to hopefully catch up to where we should be.  When it comes to the programs such as this inmate evaluation procedure at the Will County ADF, we need to constantly; first: identify those needing help, and second: provide what is needed.”

For more on Will County Health Department Behavioral Health programs, go to http://willcountyhealth.org/behavioral-health/.